Draft of Darkness is a roguelike deck builder that combines elements of survival horror with some of the best parts of other similar titles, such as Slay the Spire. As of writing this, it’s still in early access, but it already has a significant amount of content and challenges that I’m sure will keep fans of the genre hooked until the next big update drops.

The game wastes no time in making you feel like you’re fighting an uphill battle, as it drops you right into a dark and atmospheric procedurally-generated level full of enemies that can quickly deplete your resources if you’re not careful. You see, unlike most games in this genre, you have a bunch of other mechanics to keep in mind aside from just your deck.

First of all, each of the characters can only use up to two kinds of weapons, and this determines what type of cards he/she can equip. For example, Cara can only use knives and syringes, so you can either play her as a high-risk DPS or turn her into some sort of healer, or even a mix of both.

But that’s not all. You also have a limited amount of resources (e.g. ammo, chemicals, and batteries) at your disposal, and even if you somehow manage to get a boatload of each, you can easily lose most, if not all of them, in a single unfavorable encounter.

Each of the playable characters has a default amount of 10 energy per turn, and aside from costing energy, most attacks, like a simple pistol shot, will also cost you one bullet if you choose to play it. On top of that, some cards also gain bonus effects when used after a certain number of other cards have been played prior to it, while others will have an amplified effect if you have enough stacks of certain buffs.

While the complex nature of the game makes each run a thrilling and often unpredictable experience, it can also lead to incredibly long sessions due to how these mechanics all contribute to its overall slow pace. This could result in a bit of frustration, as runs can drag on for over two hours before ultimately failing due to a streak of bad luck, though it is a roguelike, and you can’t win ’em all.

YOU WILL LOSE… A LOT.

The game loves throwing curveballs at the player, and if you aren’t well-versed with the enemies that you’ll encounter, you’re bound to run into stuff that will have you pulling your hairs. Be prepared for bosses that will suddenly spawn additional enemies that you have to kill first, or those that can suddenly heal most of their HP out of the blue.

My personal favorite is the Daemon, which is a boss that, as far as I know, can randomly spawn on any level. I don’t want to say too much as I don’t want to spoil your first encounter with this beast should you play Draft of Darkness, but let’s just say that it’s a fairly tough fight, especially since you can’t exactly prepare for it because of how different he is when compared with anything else you’ll face in the game (so far).

I was actually in the middle of a run while writing this quick blog post, and towards the end, I got completely destroyed by a boss that healed back up and rendered 2/3 of my party completely immobile right before I could land the killing blow on it. Definitely did not expect the game’s brutal response to me taking the fight slowly, and that was quite a frustratingly hilarious learning experience to have after a long and seemingly successful run.

Draft of Darkness is still missing a true ending as there are currently only three areas. Regardless, the game is already looking really good, and from what I’ve seen, the dev does respond well to feedback and suggestions, though I haven’t visited their Discord where they seem to be most active.

I’ll likely be revisiting this title once more major updates come out. For now, I’ll be playing it every now and then, especially when minor updates are released (like a few days ago, when a few cards and events were added). 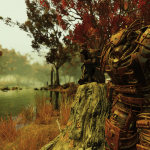 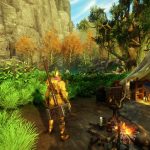 Hey there! You can call me Frank. I’m a gamer, writer, and occasional cosplayer who just loves talking about video games!

I try to post at least once a week or two (bear with me, this pandemic is really taking a toll on my post frequency), so follow me on social media or subscribe to the site to stay updated! More info here.